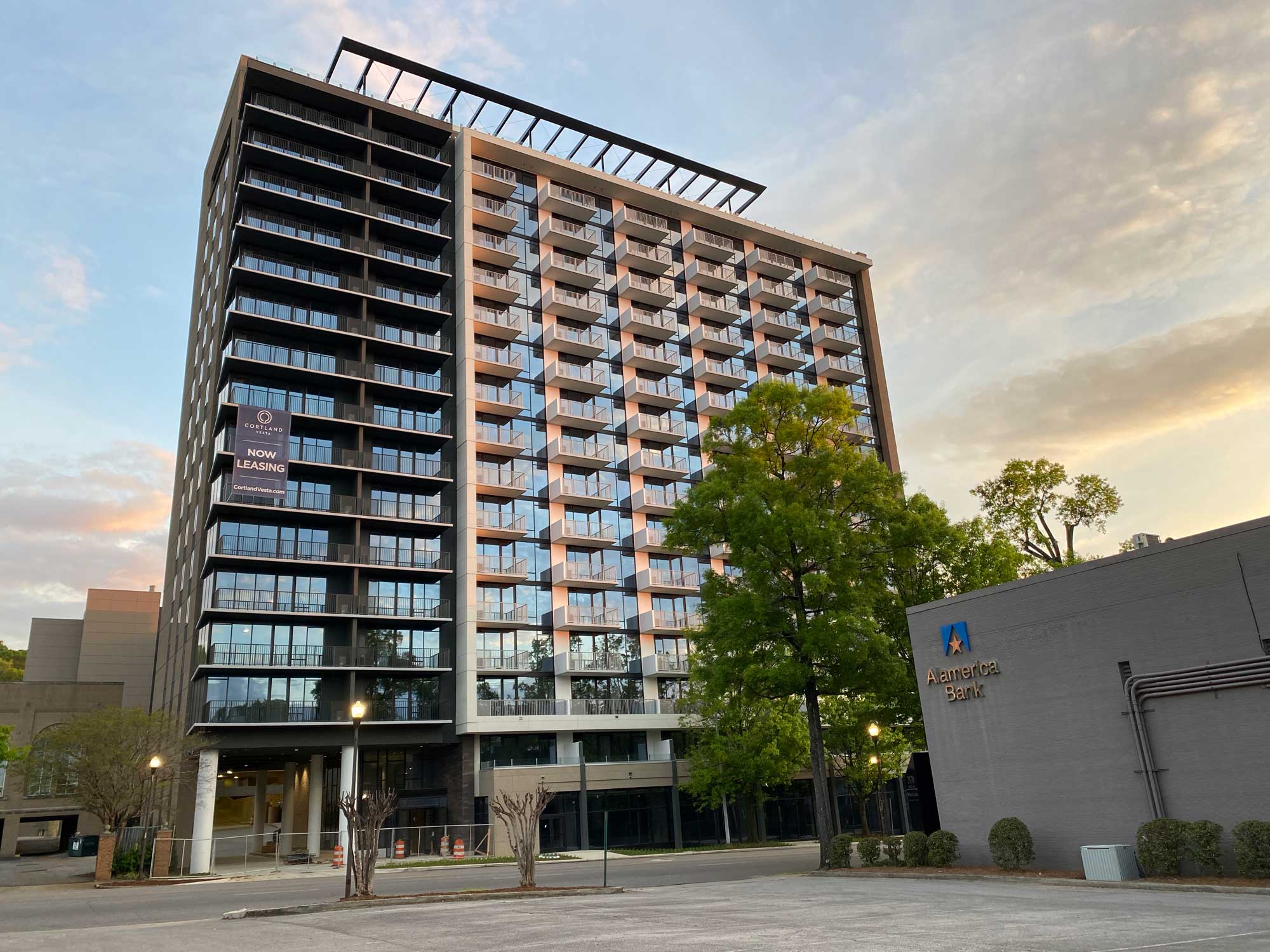 In one breakneck span of a year, ConcreteSouth’s Kirkpatrick Concrete pulled off delivery to yet another impressive project: The Cortland Vesta Apartments in Birmingham, Alabama. Rising to greet the famous Vulcan, this stunning 390-thousand-square foot, 18-story residential high-rise is already changing the city’s skyline.

Construction began in November 2017 with topping out in fall 2018. Considering the Vesta project has 318 luxury units, a 502-space parking structure as well as street-level retail space, finishing the frame work in just a year is a major feat.

"There were three phases to the project," says ConcreteSouth's Rick Passey. "One was the high-rise tower. There's also a parking deck that's associated with the apartments and the retail below. And then there's also what they're calling a mid-rise building, which sits on a concrete foundation and slab with a stick frame building on top of that. The high rise tower is actually concrete and steel frame. And the parking deck is concrete as well." 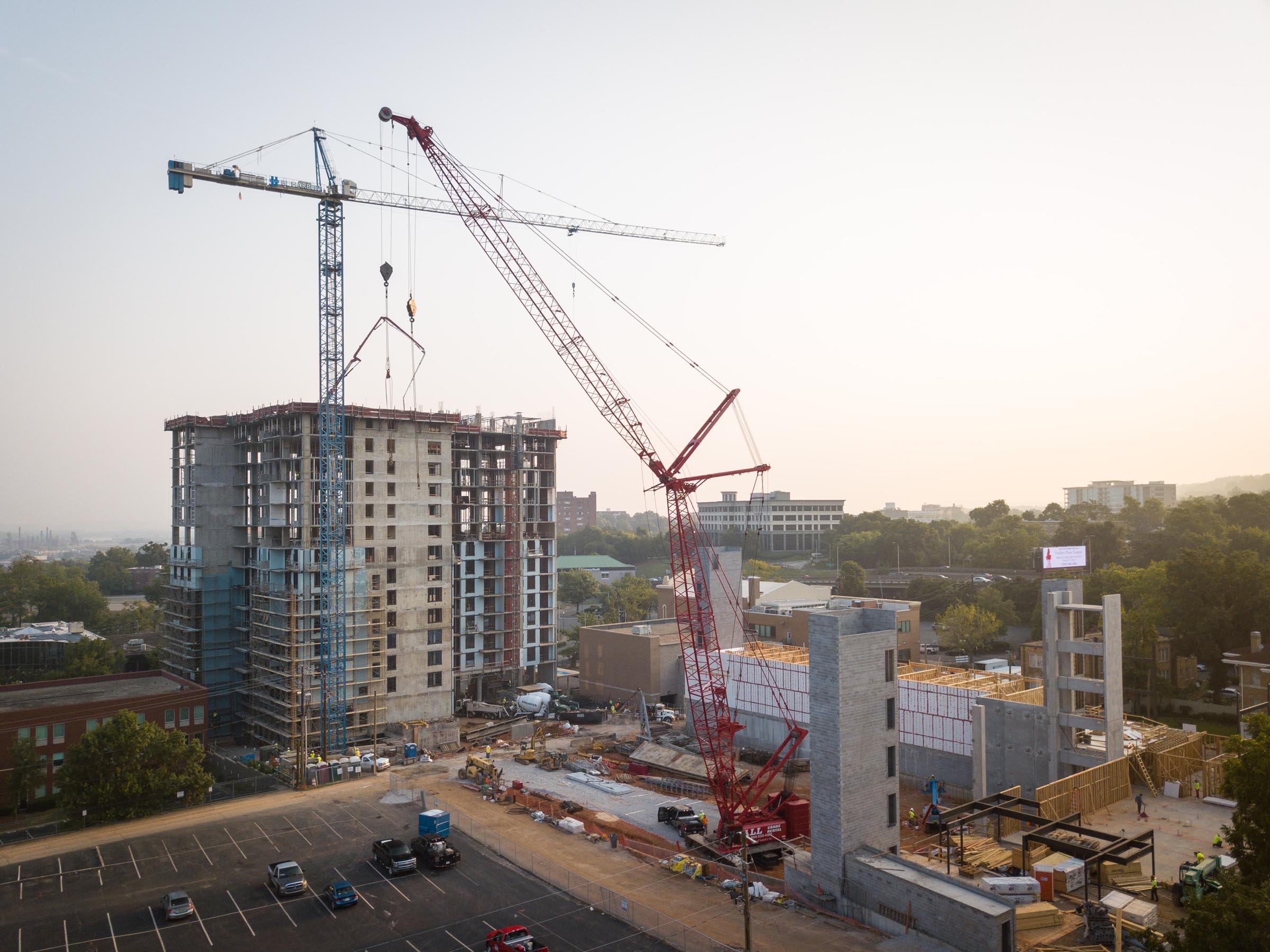 The ConcreteSouth team had a complex, fast-moving project on their hands. Specifications called for special early-strength concrete mix designs. A fourth floor placement boom was used the entire build. "There's one feature on this project in terms of placing the concrete: They used a placement boom attached to the building's fourth floor. It's somewhat unique in that you're not using a boom pump to place concrete all the way up. We actually pumped concrete into the placing boom and then it was carried up to the floor that we're working on," says Passey.

Even though Kirkpatrick’s downtown plant was strategically positioned to handle the huge demand of the Vesta project, the team recognized it also needed support from additional plants in their footprint. "We're very fortunate in that the proximity of the job was very close to our downtown plant. It made transporting those higher early strength concrete mixers a whole lot easier because we were able to get the concrete off the truck and into position before the hydration starts."

Because Kirkpatrick is accustomed to supplying material on such fast-track jobs, they knew exactly how to approach the project’s complex logistical requirements. For the Vesta project, quality materials, on-time delivery, and rolling with the changes are just part of the job. The Vesta high-rise looms large on the city's skline and Kirkpatrick takes great pride in its part to bring a new look to Birmingham's Southside.