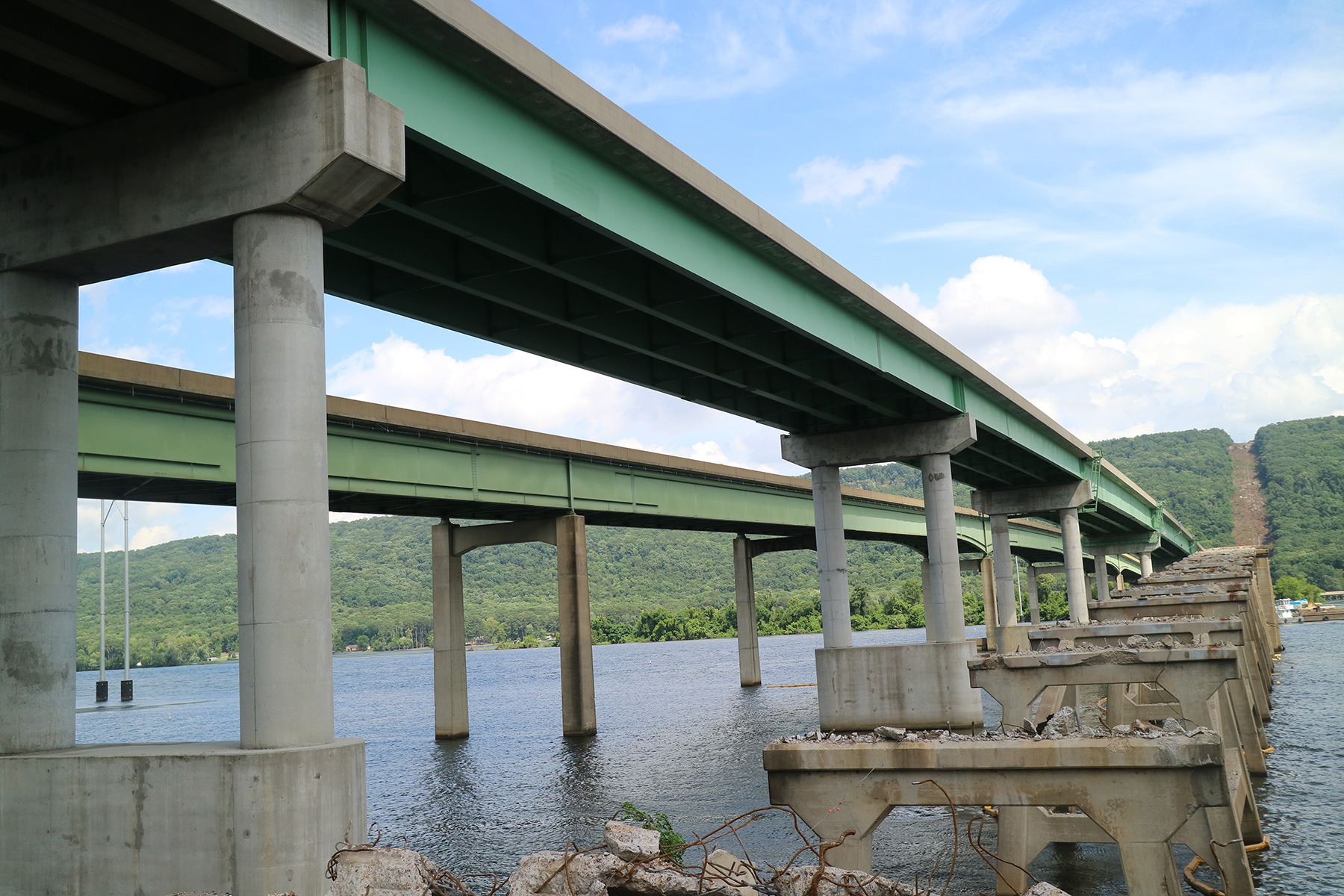 When the Alabama Department of Transportation (ALDOT) decided to replace the 84-year-old B.B. Comer bridge over the Tennessee River, the agency knew that the multi-year project was both a necessity and a monumental undertaking.

ALDOT classified the bridge as "structurally deficient" and gave the aging span an overall rating of 7.7 out of 100.

Construction of a new span commenced in 2007. This project was the last replacement of 15 memorial bridges built by the Alabama State Bridge Corporation in the early-1900s.

Working on the third and final span of the new bridge, Kirkpatrick Concrete, Inc., completed three foundation pours that equaled about 2,900 yards. Each pour took about 26 hours to complete and took place underwater. Shifts of 18 operators used two concrete pumps during the pouring process.

Two different Kirkpatrick plants supplied the concrete, which was specified by ALDOT.

For the final phase of the bridge construction, Kirkpatrick supplied concrete for the decks, which provide a drivable surface for Highway 35 commuters across the Tennessee River.

The $54.9 million job was finally completed in 2016 and Glassco says the project – which is fairly substantial in size for the rural area where it’s located – went smoothly and that “everyone at the ALDOT is happy with the results so far.”