Issue: Other terms for concrete blow-up include: buckling and tenting. Although the concrete doesn’t actually explode and blow-up, the pavement does lift (buckles or tents) up off of the subgrade. 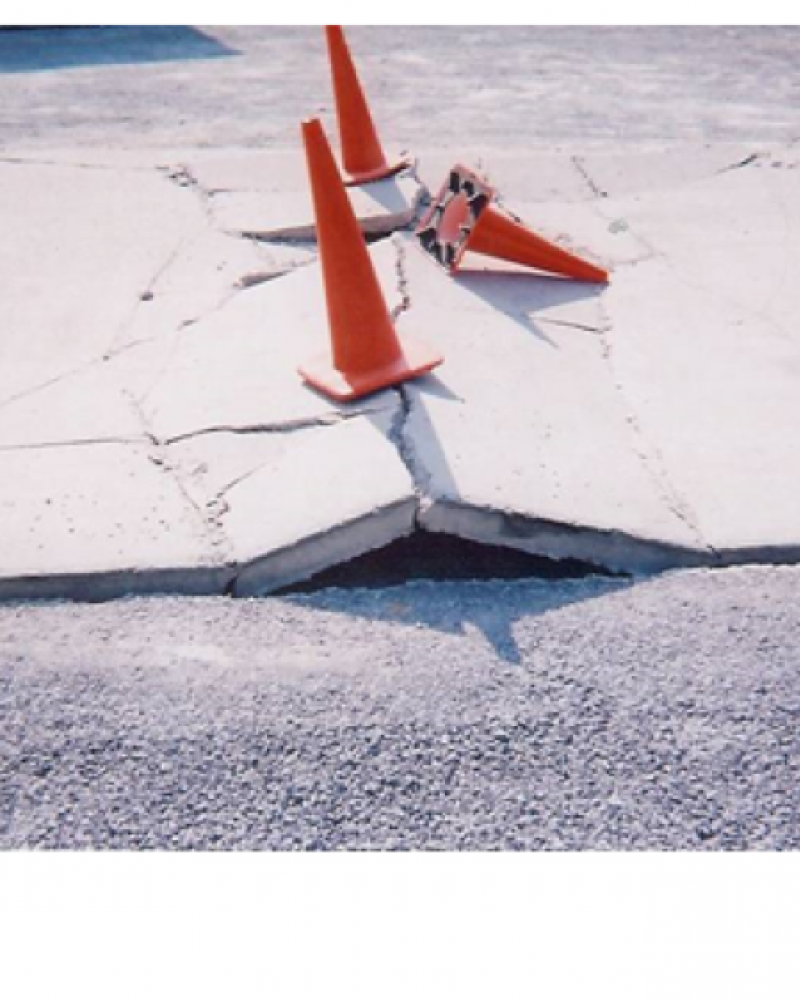 Other terms for concrete blow-up include: buckling and tenting. Although the concrete doesn’t actually explode and blow-up, the pavement does lift (buckles or tents) up off of the subgrade. The cause is due to thermal expansion, although it alone is not culprit.

When concrete hardens and dries we expect to see a shrinkage amount of about 1/16” for every 10’ in length. We also see thermal movement from the cold of the winter to the heat of the summer of about half that amount. Ideally, these values would indicate since shrinkage is more than thermal movement there should never be a problem like “blow-up”. But, unfortunately we do see them…as an upward dislocation/buckling of the slab…usually located on both sided of a control joint. Concrete usually will “blow-up” during hot weather when it is at its’ largest thermal size.

“Blow-up” can be prevented by providing contraction joints at regular spaced intervals. Generally speaking, for a 4” slab thickness, these joints should be spaced at 10’ intervals. The joints should be sealed with an effective flexible sealant which will reject the intrusion of sand, etc. To repair concrete that has “blown-up”, the damaged section must be removed and replaced with new concrete. Install functioning, sealed, expansion joints at the repaired area. 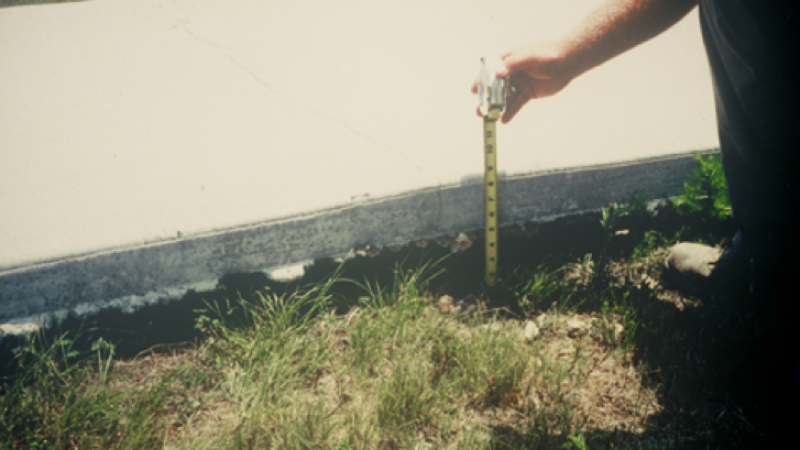 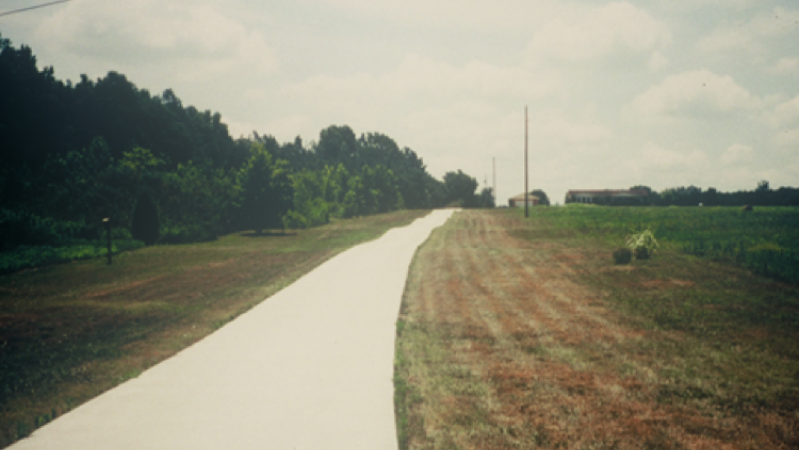 Figure 2. The long, thin, ribboned driveway is where the blow-up from Figure 1 above occurred. The actual location was about mid length in the driveway. 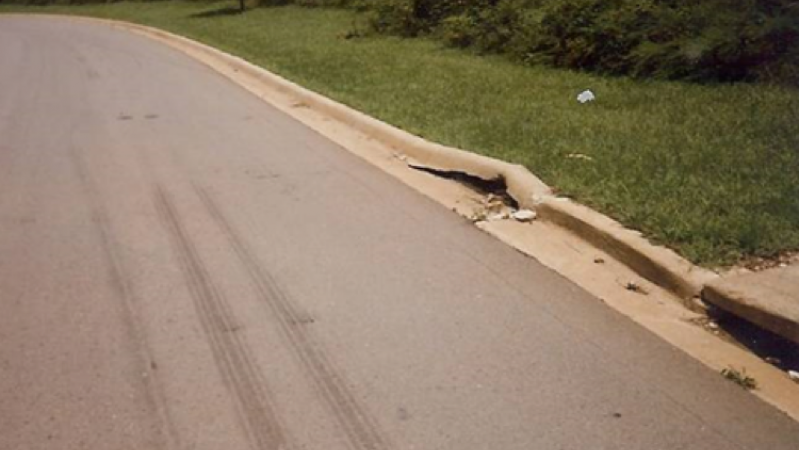 Figure 3. Blow-ups can also occur in curbing. On this project, the catch basin in the lower right of the photo acted as an “anchor” or immoveable feature…not allowing for expansion. Of course, the several hundred feet of curbing with inadequate jointing was a contributor as well. 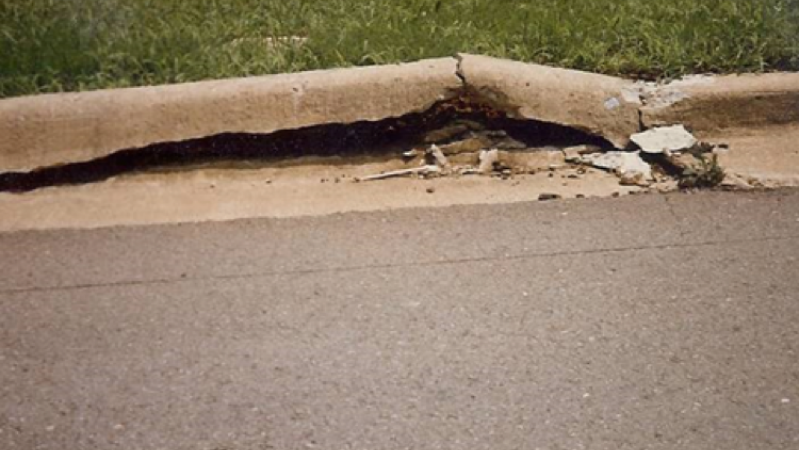 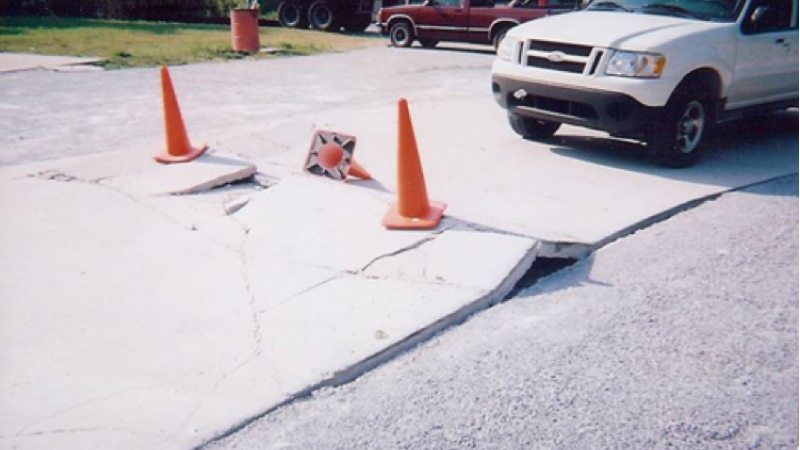 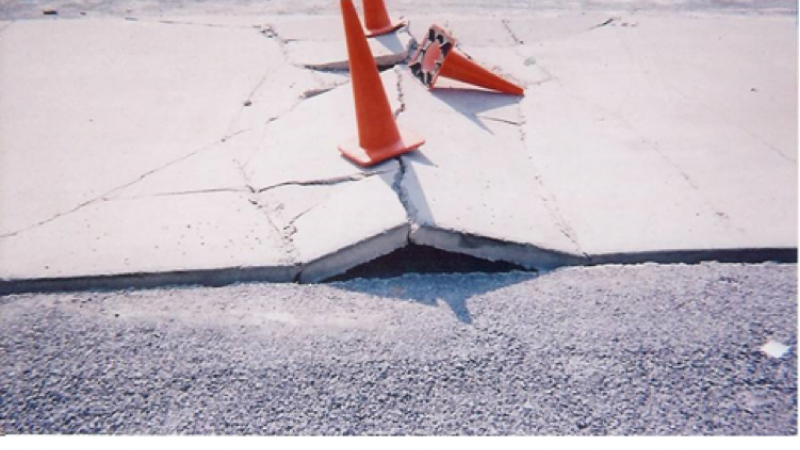 Figure 6: Blow-up from figure 5 above. Also known as “buckling” and “tenting”