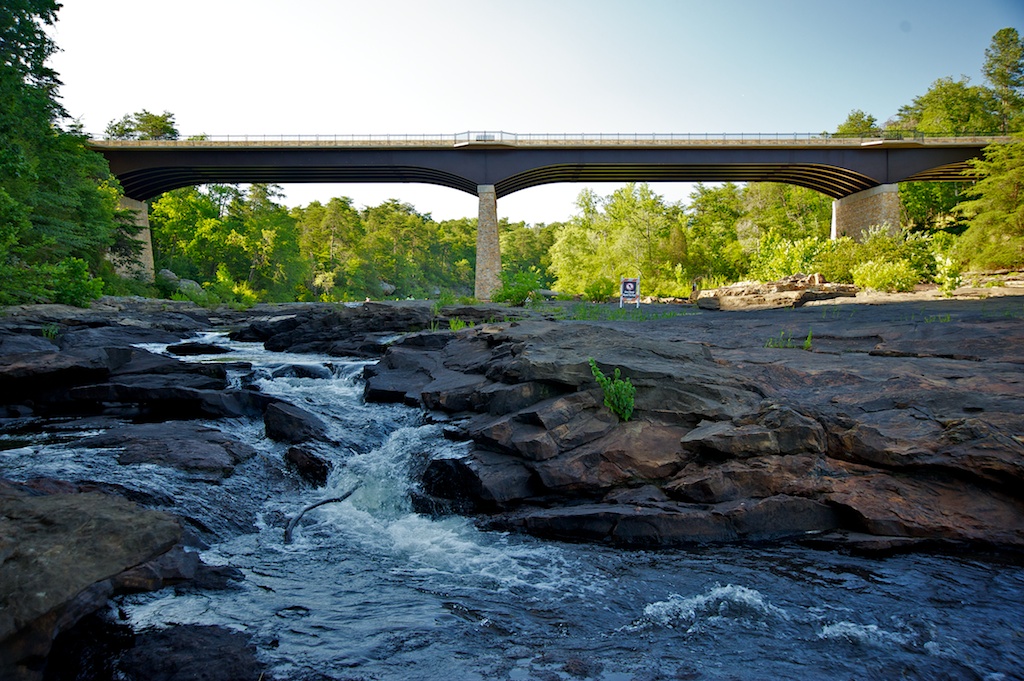 On the day the Little River Canyon Bridge on Alabama Highway 35 opened, the beautiful structure was already drawing favorable comments from visitors and observers.

The bridge, which connects Cherokee and DeKalb counties, features “rock” that looks much like the actual stones that are native to its surroundings. In fact, this rock is made from concrete provided by Kirkpatrick Concrete.

Featuring decorative concrete designs and painted to blend with its natural surroundings, the bridge spans Little River and in 2012 was named to the Sierra Club's Best U.S. Transportation Projects for 2012.

"The project incorporated about 2,500 cubic yards of decorative concrete for its substructure and recycled materials (i.e., from the old, existing bridge) in other areas," said Spencer Glassco, Sales Manager for Kirkpatrick’s Northern Division.

Completed two months ahead of schedule, the bridge made the Sierra Club’s list for its performance in a review on five criteria, including its impact on oil use, environment, health, economy, and land use, according to the Smart Choices, Less Traffic: 50 Best and Worst Transportation Projects in the United States report. 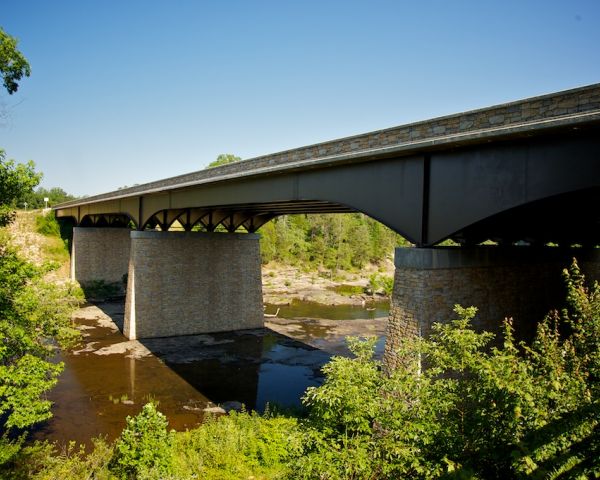 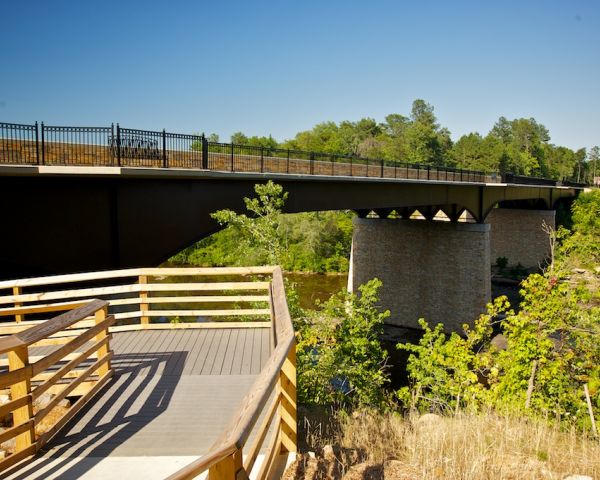 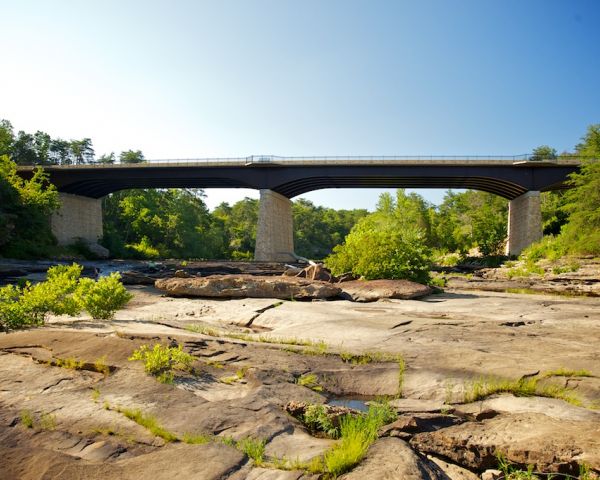