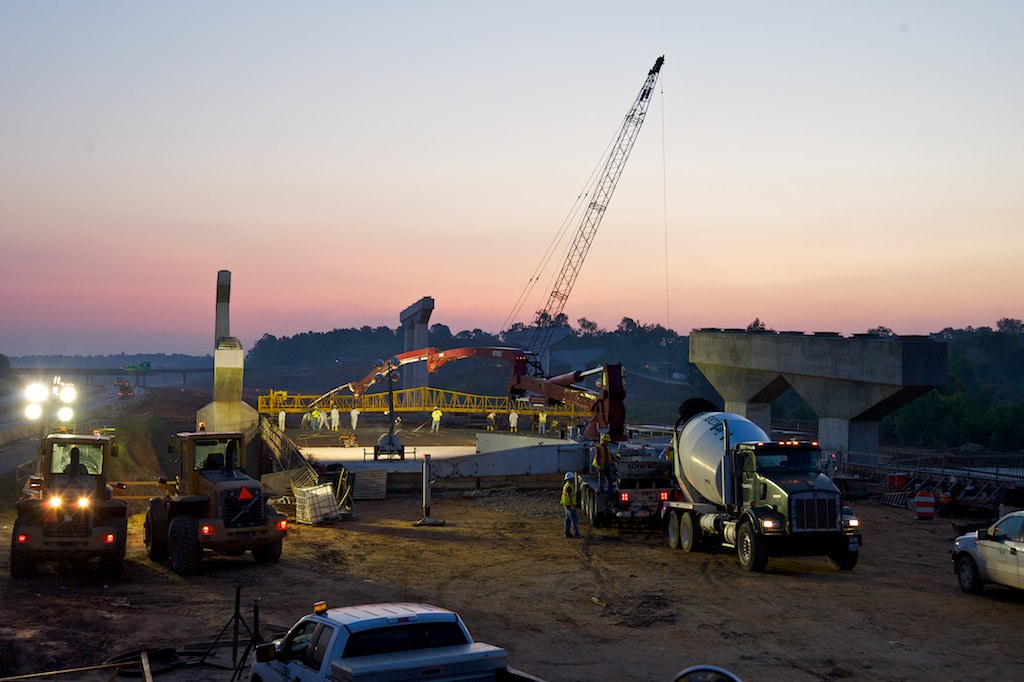 Alabama's high-speed highway, Interstate 22, links the cities of Memphis, Tennessee and Birmingham, Alabama. This multi-year, 213-mile highway opened to drivers in 2015 and remains one of the largest road projects in Alabama history.

“I think it's actually the single largest project that the Alabama Department of Transportation (ALDOT) ever put out as part of one big package,” said Rick Passey of Kirkpatrick's Central Division.

Kirkpatrick began placing concrete for the project in 2009 and poured the last deck bridge at the end of 2016. For the project, the concrete structures include bridge substructures and super-structures, barrier rails, and utility work. By the end of the project, Kirkpatrick placed over 70,000 cubic yards of concrete that make up the highway’s bridges. “From a quality standpoint,” said Passey, “this was an extremely successful job for us.”

Throughout the life of the project Kirkpatrick encountered a number of timing and access issues, both of which are fairly common on jobsites where active traffic lanes inhibit ingress and egress at the jobsite. “We’re talking about a pretty large work area, so everything had to either be placed with a crane and a bucket, or with a pump.”

Despite the huge scope of the multi-year, unprecedented road project, Passey said the overall initiative progressed well with few glitches. “The learning curve was steep at the outset,” he said, “but once ALDOT hit its stride, everything kind of just fell into place and started going very well.”