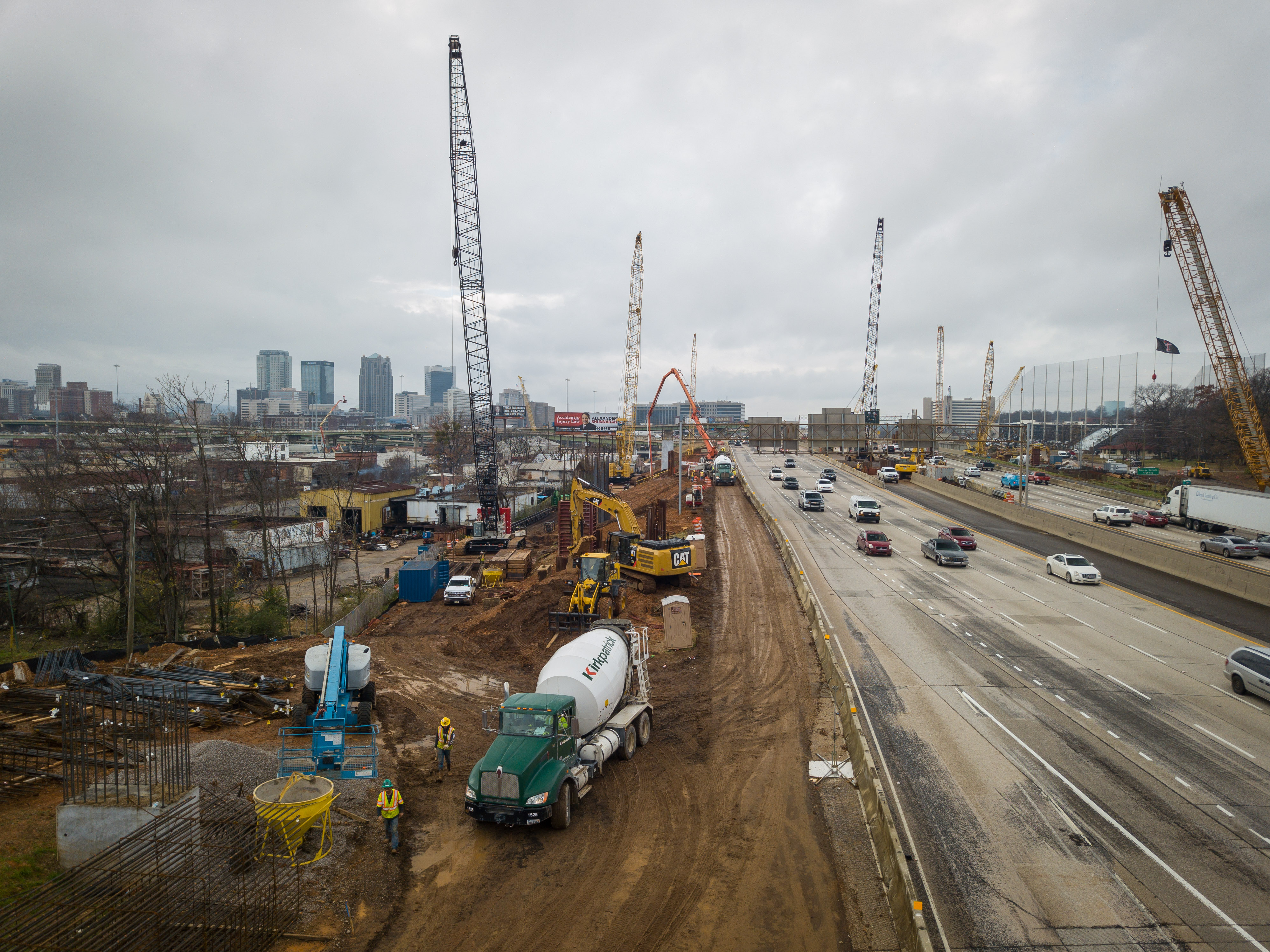 The Alabama Department of Transportation’s decision to replace aging Interstate 59/20 bridges traversing downtown Birmingham was a welcome update for travelers and massive undertaking for construction crews.

The newly designed bridge, featuring updated exit lanes, reopened in January of 2020. With roughly 160,000 vehicles traveling across the series of elevated bridges every day, to say the project was a high-traffic location is an understatement.

The complex project initially began in 2012 when ALDOT began researching ways to replace the spans that have been in place for more than 30 years. Kirkpatrick Concrete, one of the member companies of ConcreteSouth, supplied ready mix concrete for Phase 3 of the project.

"Johnson Brothers was the primary contractor for that phase," says Rick Passey, General Manager of Kirkpatrick Concrete's Central Division. "We also worked with Opelika's Scott Bridge Company and several other subcontractors on the foundation and substructure work,” he says. Southland Holdings is the parent company for Texas-based Johnson Brothers, the company awarded the contract to build the bridge replacements. Johnson Construction company was established in 1929 by Walter D. Johnson. Through several family generations and numerous triumphs and challenges, the fortitude of the company has been strengthened through the faith, grit, and resolve of the family’s leadership and the company’s hard working employees. 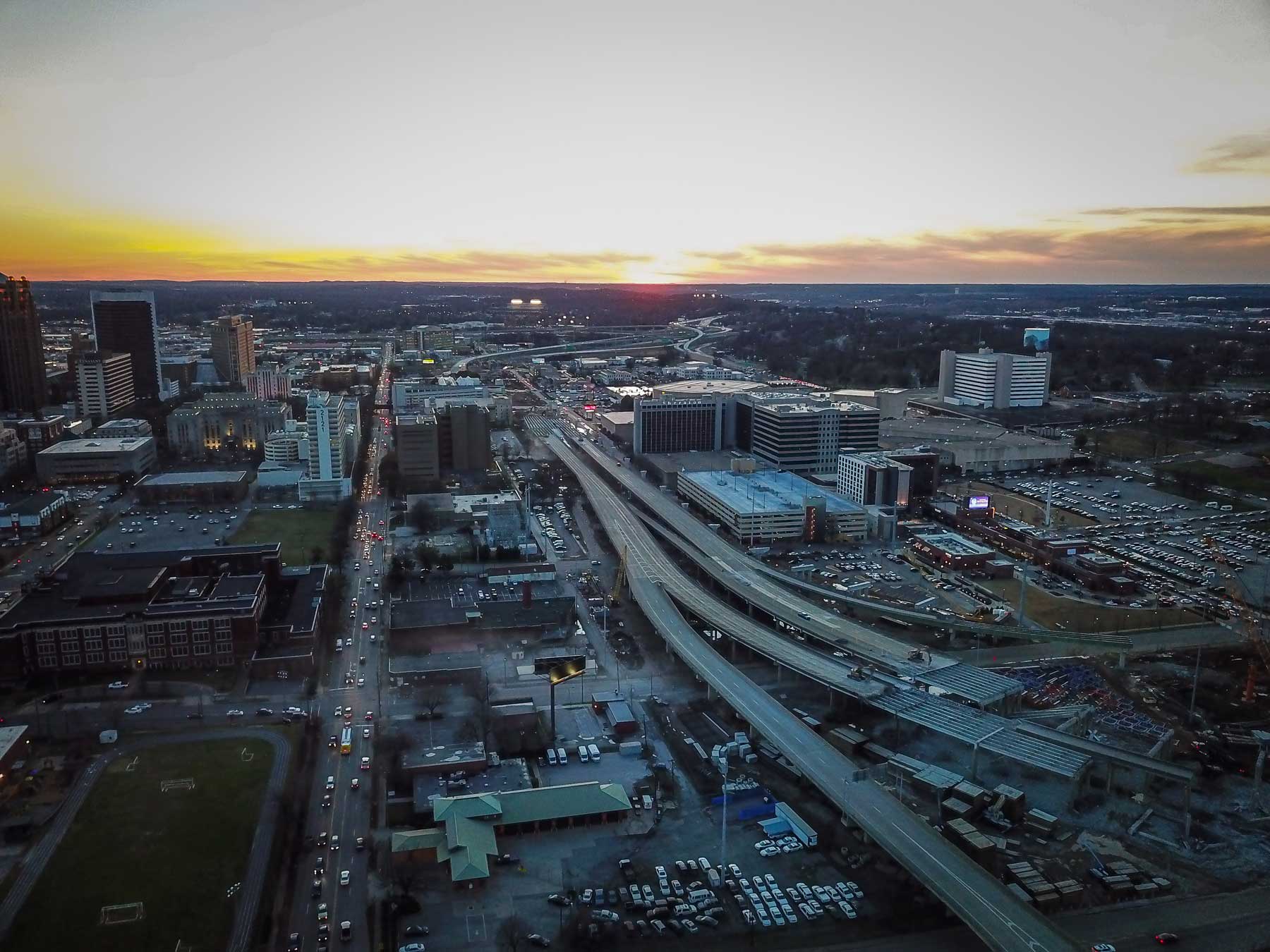 The project took around a year to complete. "They [dropped] the bridges in the demolition phase and from that date, they had one year to re-install all of the bridges that go basically from I-65’s Malfunction Junction all the way down to 31st Street, just east of Birmingham,” Passey says, referring to the nickname of the tricky intersection that has long been a source of concern among motorists.

Kirkpatrick’s downtown Birmingham plant had close proximity to the job site which Passey describes as a “huge advantage” for contractors placing the material. The facility also featured a rare central mixer which ensured the material conformed to the mix design before it was even loaded onto the truck. In addition, dispatch personnel were ACI and ALDOT certified to further enhance their ability to service the project.

Passey says there were several active locations where drivers were delivering material almost every day. “Our guys got to know the site almost as well as the contractor,” says Passey. “They knew the bridge numbers; they knew the people; they knew what to do and where to go. Due to the high-traffic area Passey notes safety, as always, was paramount. “We were so close to traffic, so close to active roadways,” Passey said. “The contractors did their best to put us behind barricades, but to our guys, safety was very important."

As each batch arrived on site, it is tested for quality prior to being placed. Kirkpatrick Quality Control also spot checked the concrete before delivery “to cut off any problems that might occur at the job site,” Passey says. “Every truck was tested in some form or fashion for slump. Then, they regularly tested other facets such as air content at one primary testing facility where all of the concrete went--it was a central testing station--and from there our guys were directed to a certain bridge number, a certain caisson number, whatever the contractor was working on at the time,” he says.

ALDOT was heavily consulted and every consideration was taken to reduce traffic congestion and disruption. The replacement bridges were not be cast-in-place at the job-site; instead, an off-site casting facility was used. Passey says the segmental bridges were transported to their permanent locations and placed with cranes and additional equipment. “This was the first big segmental project that the ALDOT has been involved with since I've been around,” says Passey.