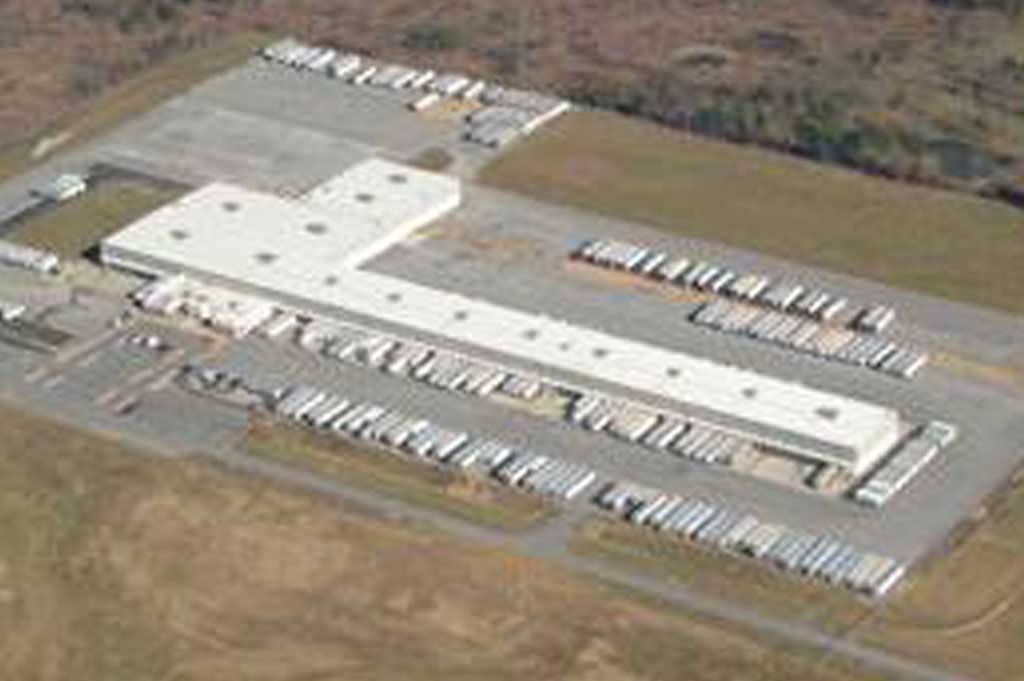 Contracted to manufacture slabs for Rain Bird's $11.8 million distribution center expansion in Steele, Alabama, Kirkpatrick Concrete used steel fiber in lieu of rebar or wire mat to reinforce the materials. “It was a unique approach, but also one that we’re seeing more and more requests for,” said Spencer Glassco, Sales Manager for Kirkpatrick’s Northern Division.

“The steel fiber slabs help speed up construction and reduce labors costs out in the field,” Glassco explained. “In the end, the general contractor likely saved money by making that choice.” The project itself was fairly standard for Kirkpatrick, although introducing steel fiber into the concrete mix and ensuring a good, consistent mix throughout did require some additional effort and attention.

“Our goal was to make sure that the mix was both workable and able to be finished once it got to the job site,” said Glassco. “We achieved that goal and the job went smoothly.”

The distribution center in Steele expanded in 2014, adding on to a former Saks, Inc. warehouse first constructed in 2009.

Rain Bird has been awarded more than 450 patents worldwide, including the first in 1935 for the original horizontal action impact drive sprinkler, which revolutionized the food production industry and ushered in a new era in irrigation, worldwide.