Kirkpatrick Concrete (Kirkpatrick) is proud to have been involved in the new Aircraft Rescue and Fire Fighting Station (ARFF) at the Birmingham-Shuttlesworth International Airport (BHM). 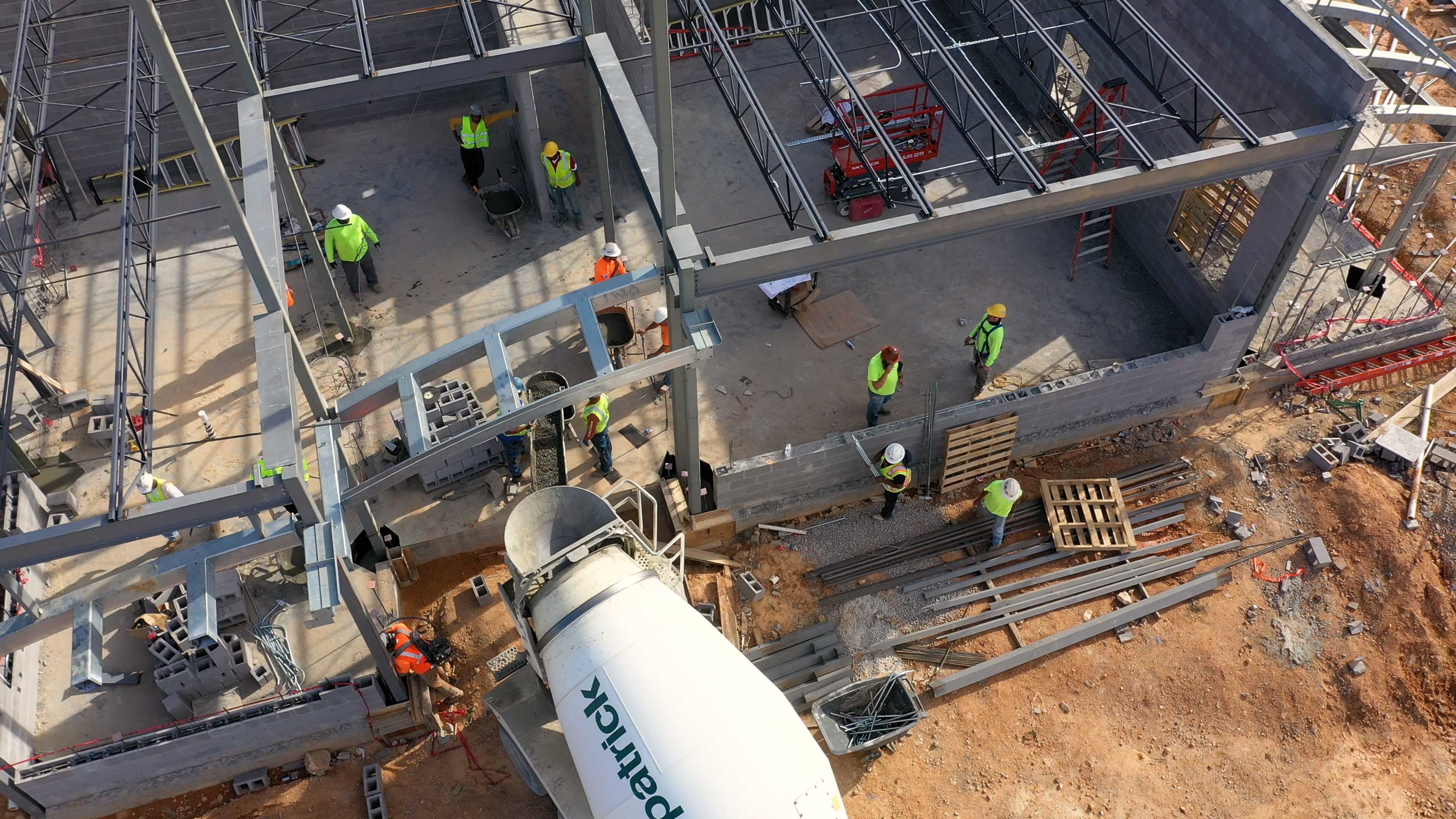 The new ARFF features 4 vehicle bays and over 17,000 square feet of space to house personnel and the rescue and firefighting equipment required by the Federal Aviation Administration. The station, which was completed in the Spring of 2021, is positioned in the southwest terminal adjacent to the western edge of the terminal apron.

Rick Passey, Kirkpatrick Sales Manager, credited the success of this complex project to Kirkpatrick’s internal teamwork and a close relationship with the contractor, Progressive Concrete. PKS Pumping also played an important role on the project.

The job site is in a restricted area, which presented a challenge. According to Passey, the requirement that all trucks be escorted onto as well as off of the property when making the deliveries was one of the most difficult aspects of the project.

Passey,emphasized how difficult restricted access was for the drivers. “Every vehicle had to be escorted onto the site. We kept 10 to 12 trucks running a continuous loop of concrete deliveries from our Alton Road plant in Irondale (15 minutes away), so the delivery timing and spacing was incredibly important. Ideally, we had a truck arriving every 10 minutes because there was only one escort vehicle. Timing was key, but we handled it.”

A 3:00 a.m. start time can be a challenge as well, but Passey called it an advantage due to less traffic, cooler temperatures, and the ability to move the delivery trucks around much quicker.

Because the new rescue station will house large oversized fire trucks, such as the Rosenbauer 6x6 with a high reach extendable turret which holds 3,000 gallons of water, the concrete mix design called for a 12-inch slab of 4,000 PSI concrete. The required depth and strength of the slab necessitated special reinforcement to ensure long term durability of the project.

Passey called Progressive Concrete a great partner for Kirkpatrick on the ARFF project. He said, “we’ve known Kevin Wagner and Chris Albright with Progressive for a long time, and we’ve collaborated on many projects with them over the past few years. They’re great guys to work with, they have a great team, and they are a large company that works all over the world.” He added further, “PKS Pumping also did a great job on this project, and they kept their sales rep on site for the duration of the project to make certain the entire project ran smoothly.”

Passey also offered praise for the Kirkpatrick team and said, “our drivers, dispatchers, and other personnel had to be on the job site overnight. They often have to work overnight on projects, and they perform their jobs very well. Our dispatchers handled the timing logistics of the deliveries incredibly well, and our drivers did an exceptional job with the slumps.”

For Passey, the ARFF was an enjoyable project. “The ARFF is located close to the terminals and runway, and I enjoyed the opportunity to watch the planes departing and landing as we poured concrete. We also provided around 500 yards of exterior paving to project which provides airport fire crews a long roadway connecting to the runway.”

The new ARFF at the BHM is one of the many upgrades to Alabama’s largest airport. BHM has also improved the slope terrain on runway 24, rehabilitated two other runways, invested in a new land use redevelopment plan, and built a quick-turn-around rental car facility. 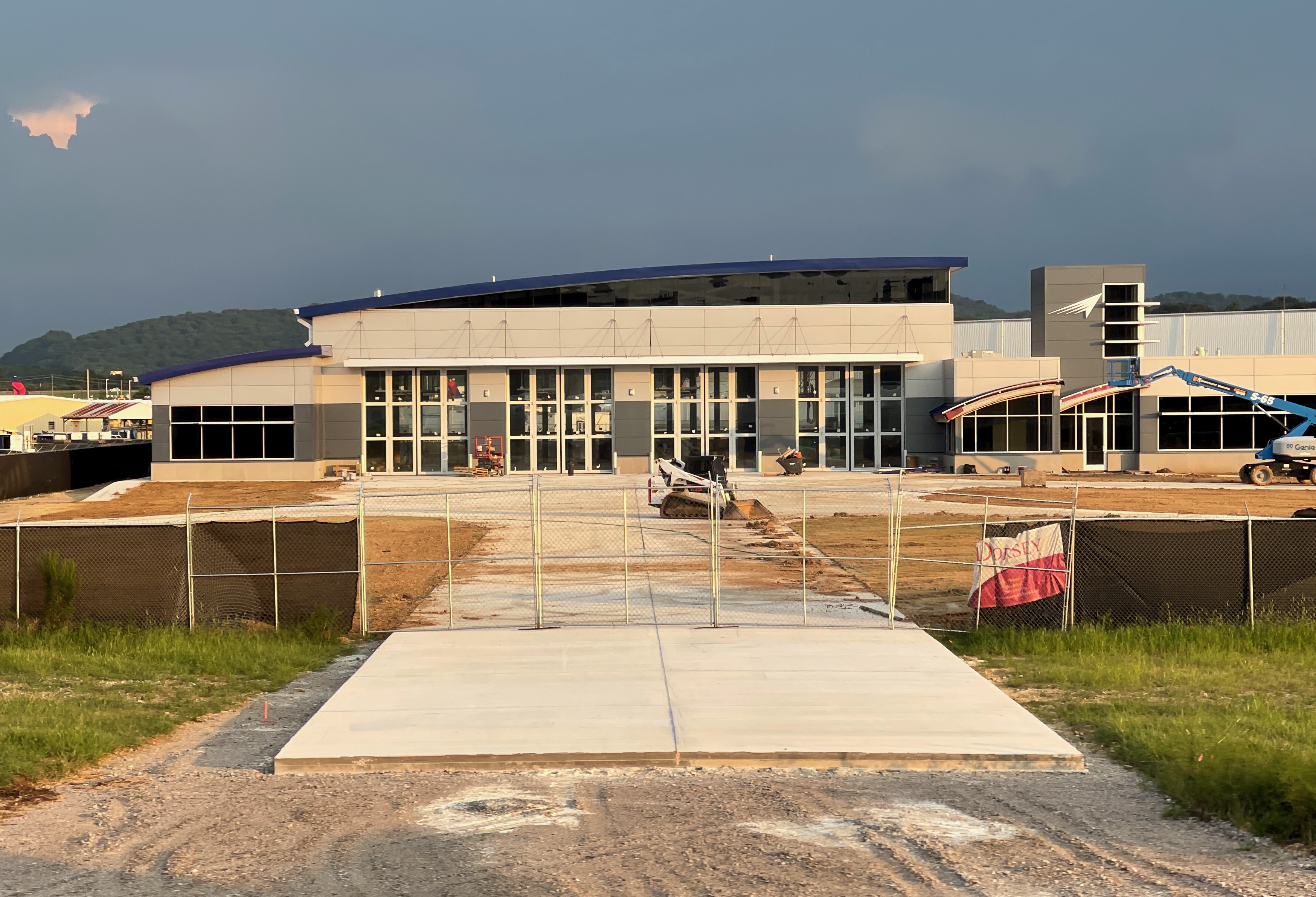